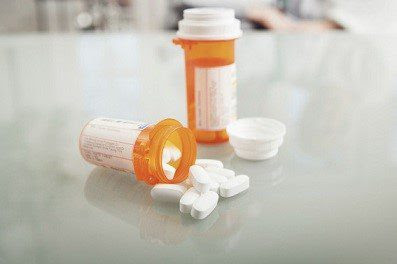 An advisory panel of the Food and Drug Administration (FDA) voted Tuesday against approving a combination morphine-oxycodone painkiller, NPR reports. The drug, Moxduo, would be the first medication to combine both opioids in one capsule.

Moxduo’s manufacturer, QRxPharma, says the drug is intended to provide faster relief from moderate to severe pain, with fewer side effects than currently available opioids.

The vote against recommending approval of the drug was unanimous. The panel also voted unanimously that QRxPharma had not proved the drug is less likely to cause potentially life-threatening respiratory suppression, compared with taking oxycodone or morphine alone.

“I certainly wish that there was an opiate that could be counted on to decrease respiratory depression, and maybe one day there will be,” said panel member Gregory Terman of the University of Washington.

The panel questioned whether Moxduo offers any advantages over using oxycodone or morphine alone, the article notes. Panel members disagreed on whether studies conducted by the company showed Moxduo provides better pain relief, fewer side effects or lower risks of potentially fatal complications. Some experts said they were concerned the drug could be more easily abused than opioids such as Vicodin or Percocet.

The FDA is not required to follow its panels’ recommendations, but generally does so.

In a statement, QRxPharma Managing Director and Chief Executive Officer John Holaday said, “We are obviously disappointed in the outcome of today’s meeting, but remain confident in the advantages of Moxduo compared to morphine and oxycodone. This is a necessary therapy for patients with moderate to severe acute pain. We are committed to bringing to market safer therapies for pain, such as Moxduo, and preventing opioid abuse.”
Posted by GODS RECOVERY TRANSFORMATION CONNECTION at 6:03 AM