You saw me before I was born. Every day of my life was recorded in your book.

Every moment was laid out before a single day had passed .

STEP 3 - Made a decision to turn our will and our lives over to the care of God as we understood God.

What if the insanity and pain of your life was a part of your story. A diamond is not created overnight ,it is hard pressed from every angle until it becomes the beautiful stone we see. I look back on my life and I see stepping stones and painful lessons not designed too destroy me but to develop me into the man of God I was destined by his plan to become. Fourteen years ago homeless and strung out blaming the world for the mess of my life .If you told me back then that I would be sitting here writing a morning devotional to help others find there way ,I would have cussed you out and told you were nuts. Even though you don't understand your life , one day you will and you will be amazed that what was meant for evil God meant for your good.

James Chp 1 v 2 Dear brothers and sisters,[a] when troubles of any kind come your way, consider it an opportunity for great joy. 3 For you know that when your faith is tested, your endurance has a chance to grow. 4 So let it grow, for when your endurance is fully developed, you will be perfect and complete, needing nothing.

By Joseph Dickerson
Posted by Recovery Connections Network at 7:29 AM No comments:

Up to 5 Percent of Children May Have Problems Related to Alcohol Exposure Before Birth
/BY JOIN TOGETHER STAFF
October 29th, 2014/

As many as 5 percent of children may have some type of fetal alcohol spectrum disorder (FASD), caused by alcohol exposure before birth, a new study suggests.

Researchers at the University of North Carolina, Chapel Hill, found between 2.4 percent and 4.8 percent of children have FASD, HealthDay reports. “Knowing not to drink during pregnancy and not doing so are two different things,” particularly before a woman finds out she is pregnant, said lead researcher Philip May.

The study appears in the journal Pediatrics.

According to the National Organization on Fetal Alcohol Syndrome, FASD is an umbrella term describing the range of effects that can occur in a person whose mother drank alcohol during pregnancy. These effects may include physical, mental, behavioral, and/or learning disabilities with possible lifelong implications.

Fetal alcohol syndrome is the most severe type of FASD. It is characterized by growth retardation, structural brain abnormalities and specific facial characteristics. The researchers note children on the less severe end of the spectrum may have behavioral issues or difficulty completing tasks required to do well in school.

To estimate the prevalence of FASD, the researchers looked at data from a nationally representative town in the Midwest. The researchers identified first graders who had a developmental problem or who were below the 25th percentile for height, weight or head circumference. These children were given behavior and memory tests, and their results were compared with those of a group of typically developing peers. Children were also assessed for physical signs of FASD.

Posted by Recovery Connections Network at 9:53 PM No comments:

Lauren Daigle - How Can It Be (Lyric Video)

Posted by Recovery Connections Network at 9:32 PM No comments: 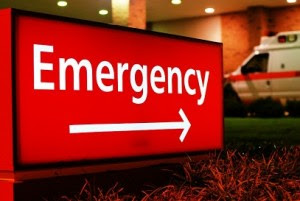 Researchers from Stanford University analyzed tens of thousands of reports of opioid overdoses nationwide from 2010, HealthDay reports. Approximately 68 percent involved prescription drugs, the researchers write in JAMA Internal Medicine. The number may be even higher, since 13 percent of cases did not specify the drugs involved. In 3 percent of cases, multiple narcotics were involved. Heroin alone was involved in 16 percent of overdose cases.


Many patients who came to the hospital for overdoses had other illnesses, such as chronic mental health problems, or circulatory or respiratory diseases. About half of the patients who were rushed to the ER for opioid overdoses were admitted to the hospital.
Posted by Recovery Connections Network at 7:23 AM No comments:

Internet Administrator Criticized for Not Cracking Down on Illegal Online Pharmacies
/BY JOIN TOGETHER STAFF
October 28th, 2014/

Critics charge the Internet’s central administrator is not doing enough to crack down on illegal online pharmacies, The Wall Street Journal reports. The Internet Corporation for Assigned Names and Numbers (ICANN) says its powers are limited.

This summer, the Food and Drug Administration (FDA) worked with Interpol and many other countries to try to close down more than 1,300 websites suspected of selling drugs without a prescription. Officials sent a list of the websites to the Chinese company that registered them, the article notes. The company said it could not take action against the sites.

The officials then asked ICANN to act. The organization is continuing to investigate the matter, ICANN said earlier this month. Since February, 4,700 suspicious drug-selling websites have been reported to the group, and about 4,000 are still online, according to LegitScript, which tracks online pharmacies.

ICANN could help crack down on illicit Internet operators, according to regulators and law-enforcement agencies. The organization manages technical functions and oversees registrars that sell Web addresses.

ICANN’s Chief Executive, Fadi Chehadé, says critics do not understand the group’s role and what it can do. He compared ICANN to a motor-vehicle department. “We authorize a group of license plates to registrars to do business,” he told the newspaper. “I’m not responsible for what happens in the car.”

According to an investigation by The Wall Street Journal, thousands of complaints about online pharmacies and other sites piled up for months because ICANN stopped maintaining one of its computer systems in 2012.

Axelle Lemaire, France’s Secretary of State for Digital Affairs, says the organization’s “lack of transparency is very worrying. When it comes to selling illegal drugs online, it’s the health of world-wide citizens at stake.”

Daniel Burke, a special agent in the FDA’s cybercrime investigations unit, said ICANN “closes complaints, and they don’t say why, and the websites are still operating. It’s really quite frustrating.”
Posted by Recovery Connections Network at 7:22 AM No comments:

Teens Less Likely to Drink if Their Communities Have Strong Social Hosting Laws
/BY JOIN TOGETHER STAFF
October 28th, 2014/

A new study finds teenagers are less likely to drink at parties if their community has strong social hosting laws. These laws hold adults responsible if teens drink on their property, even if the adults claim they were unaware that underage drinking was taking place.

“It does look like there is less-frequent drinking among teenagers in cities with stringent social host laws, even when other city and youth characteristics that are related to underage drinking are controlled for,” lead researcher Mallie Paschall of the Prevention Research Center in Oakland, California said in a news release. “So these laws might be an effective strategy for reducing hazardous drinking.” He noted, “Most kids get alcohol from social sources, not commercial ones.”

The findings are published in the Journal of Studies on Alcohol and Drugs.

Strong social hosting laws specifically target underage drinking. They include a civil penalty, such as a large fine, that is quickly administered, Paschall said. Strong social hosting laws also hold property owners responsible, even if they say they didn’t know underage drinking occurred. He said police in some communities don’t enforce these laws, possibly because of a lack of support from the public or the local prosecutor’s office.

The researchers plan to study rates of teen drinking before and after social hosting laws are passed, to better measure their impact. They also want to assess the laws’ effect on problems related to teen drinking, such as drunk driving.
Posted by Recovery Connections Network at 7:20 AM No comments:

More than one-fourth of fatally injured bicyclists ages 16 and older had a blood alcohol concentration (BAC) of at least .08 percent, according to a new report. The legal limit is below .08 in all states.

“The percentage of fatally injured bicyclists with high BACs has remained relatively constant since the early 1980s and did not mirror the sharp drop in alcohol-impaired driving that occurred among passenger vehicle drivers in the 1980s and early 1990s,” the report’s author, Dr. Allan Williams, said in a news release.

In 2013, the National Transportation Safety Board (NTSB) recommended states lower allowable blood-alcohol levels for drivers, from 0.08 percent to 0.05 percent. The NTSB said thousands of people are killed or injured each year by drivers who are not legally drunk, but who are still impaired. Currently about 10,000 people die in alcohol-related car crashes each year.

Please see the attached PRO-ACT Philadelphia Calendar for November. Also attached are flyers of our special programming. Please attention to our Stress Reduction and Relaxation program where you can earn a certificate for attending 9 sessions.

Part of Your Recovery

What do you do when you feel anxious or stressed?

Learn simple practices of breathing and relaxing mind and body.

You can use them any time, to calm and center yourself.

Posted by Recovery Connections Network at 6:53 AM No comments:

Posted by Recovery Connections Network at 6:49 AM No comments:

Posted by Recovery Connections Network at 7:13 AM No comments:

Email ThisBlogThis!Share to TwitterShare to FacebookShare to Pinterest
Posted by Recovery Connections Network at 7:03 AM No comments:

"The Partnership offers support and options I didn't even know existed."

I never thought my family would personally experience the nightmare that is addiction. But we came to know the unrelenting anxiety that fuel...

Do you know Jesus Christ died on a Cross to break the hold of addiction over your Life! According to the Book of Matthew Chapter 8 verse 17 , This fulfilled the word of the Lord through the prophet Isaiah , who said , "He took our sicknesses and removed our diseases ." Well their you have it addiction is classified a disease ! So this proves my statement above ! All you need to do is invite Jesus Christ into your Heart and Life ask Him for forgiveness from your sins give Him control of your life and make room for the helper which is the Holy Spirit ! You will be transformed from the inside out. Gods good book confirms this as well. Ezekiel Chapter 36 verse 26 , And I will give you a new heart, and I will put a new Spirit within you. I will take out your stony ,stubborn heart and give you a tender responsive heart. I turned over my Life 17 years ago and my whole life has been restored and renewed ! Questions or you need prayer email us recoveryfriends@gmail.com
Now the LORD is the SPIRIT , and where the SPIRIT of the LORD is ,there is FREEDOM ! Sincerely Chaplain Joe