Many Young Children
Receive Wrong Medicine or Dose at Home: Study
/BY JOIN TOGETHER STAFF 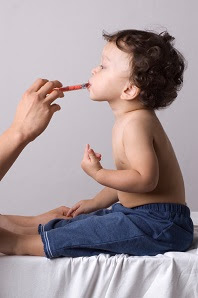 Almost 700,000 children younger than 6 received the wrong medication or dose at home between 2002 and 2012, a new study finds. Just over one-fourth of these mistakes involved a child receiving the prescribed dose twice.

One-fourth of medication errors in young children involved those under a year old,HealthDay reports. While most of the medication mistakes did not require treatment, they did lead to 25 deaths and about 1,900 critical care admissions, the researchers note in the journal Pediatrics. The researchers analyzed medication errors reported to the National Poison Data System.

“Even the most conscientious parents make errors,” said lead author Dr. Huiyun Xiang, Director of the Center for Pediatric Trauma Research at Nationwide Children’s Hospital in Columbus, Ohio. “One caregiver may give a child a dose, and then a second caregiver, who does not know that and wants to make sure the child gets the proper amount of medicine, may give the child a dose, too,” he said.

Another common mistake parents make is to measure the dose incorrectly, the study found. Eighty percent of errors involved liquid medication. “Young children are more likely to be given liquid medicine than medicine in other forms, like tablets or capsules,” Xiang said. He noted many prescription and over-the-counter children’s medications are in liquid form.

“A second reason is that liquids can be difficult to measure correctly,” Xiang added. “Some liquid medications are measured in milliliters, other in teaspoons, some with measuring cups, some with syringes. That can be confusing to parents and caregivers.”

He advises parents to use a smartphone app to keep a medication schedule. Only use the measuring cup or syringe that comes with the medication, he recommends.
Posted by GODS RECOVERY TRANSFORMATION CONNECTION at 6:53 AM