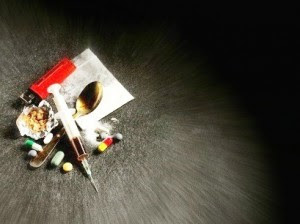 Prescription painkiller deaths are on the decline, while deaths from heroin are increasing, according to a new government report. The findings suggest some people may have switched from prescription medications to illicit drugs in response to laws aimed at reducing prescription drug abuse, USA Today reports.

“It’s some really encouraging news after many years of really grim news,” Michael Botticelli, Acting Director of ONDCP, told USA Today. He said the findings give him hope that some government strategies to reduce prescription drug abuse have worked. These include prescription drug monitoring programs that make it harder for people to get prescriptions from multiple doctors, and crackdowns on physicians who overprescribe painkillers.

Heroin overdose deaths increased 35 percent from 2011 to 2012, from 4,397 to 5,927. Dr. Mark Publicker, President of the Northern New England Society of Addiction Medicine, says he has seen a dramatic shift from prescription painkillers to heroin. “My patients tell me that as prescription opioids become less available and more expensive, that heroin has rushed into that breach,” he said. “It was as if somebody flipped a switch.”

Botticelli said fewer than 5 percent of people who abuse prescription painkillers switch to heroin, and the proportion of deaths from the drug is much smaller. “We know we clearly have some work to do in intervening with people who are progressing from prescription narcotics to heroin,” he said.
Posted by GODS RECOVERY TRANSFORMATION CONNECTION at 7:05 AM