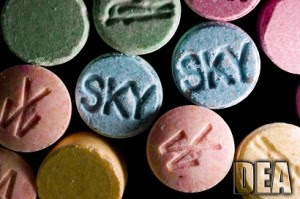 Psychedelic drugs including Ecstasy, LSD and “magic mushrooms” have potential for treating a variety of ailments including addiction and anxiety, according to scientists who met this past weekend to talk about the latest research.

Presenters at the Horizons conference in New York said research on psychedelic drugs, which was popular in the 1960s and 1970s, is experiencing a resurgence. Almost all psychedelic drugs are illegal, and possessing even a small amount of one of these drugs could carry a penalty of a year in jail, according to Newsweek. Researchers told the magazine these drugs are quite powerful, and have both potential risks and benefits.

One psychedelic drug that is being tested for a variety of conditions is psilocybin, the active ingredient in magic mushrooms. Several small studies have shown it reduces anxiety and depression. One study found psilocybin may reduce anxiety and depression in patients with terminal cancer. Many study participants said taking the drug led them to have mystical experiences, improved their anxiety and made them felt more positive and loving.

Salvia, used for hundreds of years by the Mazatec people of Mexico in traditional healing ceremonies, may be able to help treat addiction, according to researcher Peter Addy from Yale University’s School of Medicine. Synthetic versions of the active ingredient in salvia have been shown to have potent anti-addiction effects in animals, he noted at the conference.
Posted by GODS RECOVERY TRANSFORMATION CONNECTION at 7:03 AM