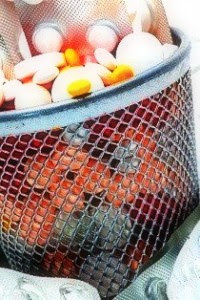 Officials in San Francisco have introduced a bill that would require drug manufacturers to fund and manage a take-back program for prescription drugs. The move follows a decision earlier this month by a federal appeals court that forces drug makers to pay to dispose of unused and unexpired medications in Alameda County, California.

San Francisco has a pilot drug take-back program, The Wall Street Journal reports. The pharmaceutical industry provides about 40 percent of the funding for the program. The bill would expand the number of drop-off sites from 13 to as many as 60.

“There has been great demand for a permanent solution to this environmental, public health and public safety issue. We all have unused and leftover drugs in our homes, but not all of us have a reasonable means to properly discard them,” San Francisco Board of Supervisors President David Chiu said in a statement.

Alameda County passed an ordinance in 2012 to establish a drug take-back program. The county said the measure is the first in the nation to require drug makers to set up a program to dispose of expired and unused medications. County officials said the annual cost of the program will be about $330,000. The industry trade group, Pharmaceutical Research and Manufacturers of America, estimates the program would cost drug makers about $1.2 million.

The county wants to reduce contaminants in drinking water by giving people an alternative to flushing their medications down the toilet. Officials also hope the measure will reduce prescription drug abuse by reducing the amount of medication in home medicine cabinets.

The pharmaceutical industry filed a lawsuit that claimed the measure violates the Constitution by interfering with interstate commerce. The suit argued safe disposal of unused medications should be a shared responsibility, and that requiring drug companies to pay for the entire cost would ultimately result in increased prices for consumers.
Posted by GODS RECOVERY TRANSFORMATION CONNECTION at 6:59 AM