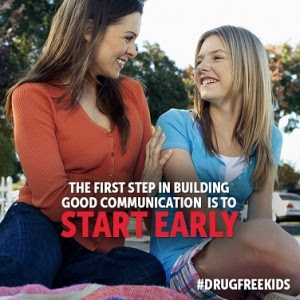 As a parent, you have the greatest power to influence your children – even your teenage children. You have more power than any law; any peer pressure; any teacher or coach; any religious leader; any music, film, or website; movie star, or athlete – even more than any sister, brother, aunt, or uncle.

Parental engagement isn’t rocket science. It’s hands-on parenting. It’s relaxing with your kids, having frequent family dinners, supervising them, setting boundaries, instilling values, and establishing standards of behavior (and consequences for failure to meet those standards). It’s showing interest in their school, friends, and social activities; loving and disciplining them; and being a good role model.

You can empower your children to make sensible, healthy choices throughout their teen years. The key to “parent power” is being engaged in your children’s lives. Children of hands-on parents are far less likely to smoke, drink or use drugs – and those who reach age 21 without using are almost certain never to do so.

It is not necessarily easy to guide your child down the path of healthy decision making. This is especially true in today’s world, which seems to glamorize teen substance use and risky behaviors, in large part, through the recent explosion of technology and social media.

With doing homework assignments on laptops, text messaging friends, watching videos online and talking on cell phones, today’s teens grow up in a world of technology that you may never have experienced when you were their age. Virtually every tween and teen is “connected,” and more than a third have smartphones that provide instant, on-the-go access to the Internet.

Of course, such technology tools can provide teens with information you could only have dreamt of having when you were a teen. But just as positive and appropriate content is available online to your child, so too is negative and inappropriate information about drugs and alcohol. In fact, by the age of 14, half of kids on social media sites like Facebook, Instagram and Twitter have been exposed to pictures or videos of kids their age drinking, using drugs, or passed out.

Teaching your young child appropriate online behavior should be no different than instilling other values in them, like telling the truth, being fair and not cheating on tests or in games.

When we surveyed teens across the country they were asked who has the biggest influence on what they consider appropriate or inappropriate behavior when going online or using a cell phone, 58 percent said their parents and only 18 percent said their friends. So what you may lack in tech savvy, you can more than make up for in “parent power.”

That’s the best way to insure that your child will use technology responsibly – even as she becomes more proficient on a cell phone or iPad. There’s a lot of dangerous stuff on the Internet, so just as you would warn your child about steering clear of a dangerous neighborhood, make sure they’re staying away from the dangerous areas online, too.

Parenting is an art, not a science. Being engaged in your children’s lives doesn’t require being a supermom or superdad. It simply means using your strengths and taking advantage of opportunities, both on the computer and away from it, to be a good parent.

Author of the revised and updated book, How to Raise a Drug Free Kid: The Straight Dope for Parents; Founder of The National Center on Addiction and Substance Abuse at Columbia University; Former U.S. Secretary of Health, Education, and Welfare
Posted by GODS RECOVERY TRANSFORMATION CONNECTION at 6:19 AM