Medicare Starts Identifying Doctors Who May Prescribe Too Many Painkillers
/BY JOIN TOGETHER STAFF
December 18th, 2014/ 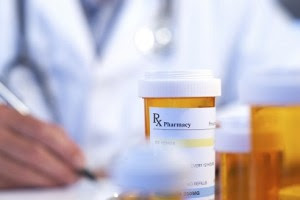 This year Medicare has started examining prescribing data to identify physicians who write large numbers of prescriptions for narcotic painkillers and stimulants. Next year Medicare will be able to kick doctors out of the program if they are found to be prescribing in abusive ways, USA Today reports.

Twelve of Medicare’s top 20 prescribers of drugs such as oxycodone, morphine, fentanyl and Ritalin faced disciplinary actions by their state medical boards or criminal charges related to their medical practices in 2012. These are Schedule 2 drugs, meaning the government classifies them as having a high potential for abuse. One doctor in Huntsville, Alabama, wrote more than 14,000 Schedule 2 prescriptions in 2012. He had his controlled-substances certificate suspended by the state medical board, and surrendered his medical license.

Medicare’s drug program, Medicare Part D, pays for more than one-fourth of prescriptions dispensed in the United States, the article notes. The program covers about 38 million seniors and disabled people.

An analysis by ProPublica found 269 providers wrote at least 3,000 prescriptions for Schedule 2 drugs in 2012. The largest number of these doctors were concentrated in Florida (52), followed by Tennessee (25). In September, Medicare sent letters to 760 physicians who prescribed the most Schedule 2 drugs in their medical specialty and state. The agency also sent information about 71 doctors for possible investigation to the Inspector General of the Department of Health and Human Services.


“Simply being an outlier doesn’t establish that you’re doing something wrong,” said Shantanu Agrawal, Director of the Center for Program Integrity at the Centers for Medicare and Medicaid Services. “What we are trying to do is give physicians the ability to assess themselves, given their comparative data.”
Posted by GODS RECOVERY TRANSFORMATION CONNECTION at 6:21 AM