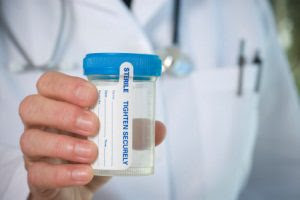 A federal appeals court has struck down a Florida law that required welfare applicants to undergo drug tests. The court ruled the law was an “unreasonable search.”

The law, passed in 2011, required drug tests for welfare applicants even if they were not suspected of using drugs, The New York Times reports. The court ruled Florida officials failed to show a substantial need to test all welfare applicants. Under the law, applicants had to submit to urine tests.

In October 2011, a federal judge temporarily halted the law. At the time, Judge Mary Scriven said the law may violate the Constitution’s ban on unreasonable searches and seizures. The judge’s ruling was in response to a lawsuit filed by the American Civil Liberties Union (ACLU) of Florida and a Navy veteran. The veteran, Luis Lebron, was a University of Central Florida student who cares for his son and disabled mother, and receives welfare.

The Florida law required applicants to be responsible for the cost of the screening. They could recover the costs if they qualify for assistance. Under the law, applicants who failed the drug screen could designate another person to receive the benefits on behalf of their children. A federal judge ruled the law unconstitutional in 2013, but the state appealed.

According to the article, 11 states have passed laws mandating drug testing for welfare applicants since 2011. Most of the laws require testing only if drug use is suspected.

“Florida’s suspicionless drug testing program for those seeking assistance clearly violated the Constitution,” Jason Williamson, Staff Attorney with the ACLU’s Criminal Law Reform Project, said in a news release. “With today’s decision, this prejudiced and intrusive treatment of the poor will come to an end.”
Posted by GODS RECOVERY TRANSFORMATION CONNECTION at 7:27 AM