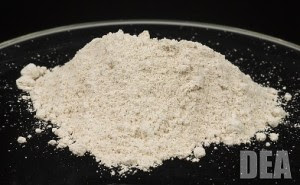 There were 41,502 drug overdose deaths in 2012. Of these deaths, 16,007 involved opioid painkillers and 5,925 involved heroin, Time reports. The death rate from opioid painkillers declined 5 percent from 2011 to 2012, the first decrease seen in more than a decade, the CDC noted.

The states with the highest rates of drug-poisoning death were West Virginia, Kentucky, New Mexico, Utah and Nevada.

Earlier this year, the CDC reported 46 people die from a painkiller overdose every day. U.S. doctors wrote 259 million prescriptions for painkillers in 2012, the report noted.

In October, the CDC reported the death rate from heroin overdoses doubled from 2010 to 2012. Years of over-prescribing of painkillers led to the increase in heroin deaths, the CDC said.

Deaths from heroin rose from 1 to 2.1 deaths per 100,000 people during that period. Deaths from prescription opioid painkillers declined, from 6 to 5.6 deaths per 100,000. “The rapid rise in heroin overdose deaths follows nearly two decades of increasing drug overdose deaths in the United States, primarily driven by (prescription painkiller) drug overdoses,” the CDC researchers wrote.
Posted by GODS RECOVERY TRANSFORMATION CONNECTION at 6:26 AM