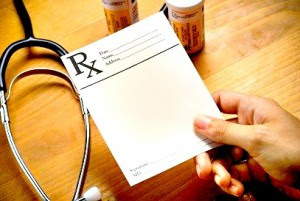 Approximately one-third of “doctor shoppers” cross state lines to obtain prescriptions, according to a new study. These people search for multiple physicians who will prescribe them narcotic painkillers and other prescription drugs.

When doctor shoppers cross state lines, it is more difficult for authorities to track the prescriptions, The Washington Post reports. Many states have instituted drug monitoring programs, which track prescriptions within their borders, but not across them, the article notes.

“Part of the problem is that state systems all vary — they’re either home-grown or operated by different vendors and they’re not interoperable,” said study co-author Douglas McDonald of Abt Associates. “There are also legal questions about what you can share about patient data.”

The study, which appears in the journal Pharmacoepidemiology and Drug Safety, was funded by the National Institutes of Health.

Some states are trying to address cross-border doctor shopping. New Jersey has entered into agreements with New York and Delaware to share information on prescriptions, and New England states have agreed to share data. Some experts have called for a national prescription drug monitoring program.

The study was based on records of 146 million prescriptions dispensed across the nation in 2008. The researchers found doctor shoppers see an average of 10 doctors annually, and receive an average of 32 prescriptions. They usually pay in cash for at least one prescription to avoid being detected, McDonald found.

Last year McDonald published a study that found people who doctor shop bought an estimated 4.3 million prescriptions for opioids such as Vicodin and OxyContin in 2008. Doctor shoppers represented almost 1 percent of all buyers of addictive pain medications in the United States that year.

The researchers found one out of every 143 patients who purchased the drugs received an unusually large number of prescriptions from multiple health care providers.
Posted by GODS RECOVERY TRANSFORMATION CONNECTION at 6:15 AM