Medical Groups: Pregnant Women Should Be Asked About Drug Use
/BY JOIN TOGETHER STAFF
October 14th, 2014/ 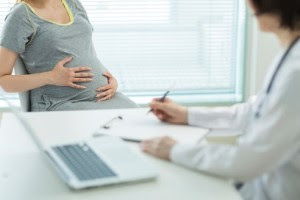 Several medical groups are calling for verbal drug screening for pregnant women, followed by a urine test if necessary, USA Today reports. The recommendation is meant to reduce the growing number of babies born with neonatal abstinence syndrome (NAS).

A number of states, including Kentucky, have reported an increase in babies born with NAS, caused by exposure to narcotics during pregnancy. Symptoms include constant high-pitched crying, vomiting, diarrhea, low-grade fever, seizures and tremors. Premature babies with the syndrome may experience respiratory distress and are put on ventilators.

“When a child’s first days in this world are in agony, that certainly should be a concern to all of us,” Van Ingram, Executive Director of the Kentucky Office of Drug Control Policy, told the newspaper. “We need to do all we can to prevent this.”

Other states reporting a jump in babies born with NAS include Tennessee, Vermont and Florida. The American Congress of Obstetricians and Gynecologists supports the idea of a “screening dialogue” with pregnant women. The group says urine drug tests should only be used with the patient’s consent and to confirm suspected or reported drug use, including for women who come to the hospital for labor and delivery. Doctors would have to tell women about any legal consequences of a positive drug test, such as the need to alert child services.

The American Medical Association and the Association of State and Territorial Health Officials are also calling for universal screening of pregnant women, the article notes.
Posted by GODS RECOVERY TRANSFORMATION CONNECTION at 6:15 AM