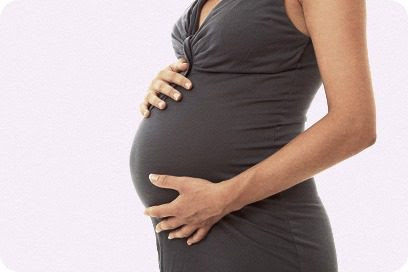 Almost one-quarter of pregnant women enrolled in Medicaid in 2007 filled a prescription for opioids, a new study finds. The risks of opioids to a developing fetus are largely unknown, The New York Times reports.

An estimated 1.1 million pregnant women were enrolled in Medicaid in 2007. The program covers medical expenses for 45 percent of births in the United States, according to the newspaper. The study, published in Obstetrics & Gynecology, found the rate of opioid prescribing is on the rise—18.5 percent of pregnant women enrolled in Medicaid in 2000 filled opioid prescriptions, compared with 23 percent in 2007.

“To hear that there’s such a high use of narcotics in pregnancy when I see so many women who worry about a cup of coffee seems incongruous,” Dr. Joshua A. Copel, a professor of obstetrics, gynecology and reproductive sciences at the Yale School of Medicine, told The New York Times.

The reason for the increase in opioid prescribing for pregnant women is unclear, but may be partly due to back pain.

An article published earlier this year in Anesthesiology, which included 500,000 privately insured women, found 14 percent were given opioid painkillers at least once during their pregnancy. Both studies found codeine and hydrocodone were the most commonly prescribed opioids during pregnancy. Most of the women took the drugs for a week or less.

The Medicaid study found stark regional differences in opioid prescribing. Among pregnant women in Utah, 41.6 percent were prescribed opioids, compared with 35.6 percent in Idaho, 9.6 percent in New York and 9.5 percent in Oregon. “The regional variation really concerned me the most,” said Dr. Pamela Flood, a professor of anesthesiology and pain medicine at Stanford University. “It’s hard to imagine that pregnant women in the South have all that much more pain than pregnant women in the Northeast.”
Posted by GODS RECOVERY TRANSFORMATION CONNECTION at 7:31 AM