President Obama Says Marijuana is Not More Dangerous Than Alcohol
By Join Together Staff | January 21, 2014 | 10 Comments | Filed in Alcohol &Drugs 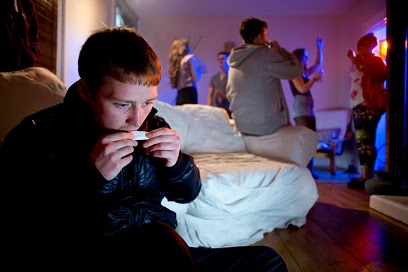 President Obama told The New Yorker magazine he does not think marijuana is more dangerous than alcohol. He added smoking marijuana is “not something I encourage.”

He acknowledged he smoked marijuana in his youth, the Associated Press reports. “I view it as a bad habit and a vice, not very different from the cigarettes that I smoked as a young person up through a big chunk of my adult life,” he said. Obama added he has told his daughters he thinks smoking marijuana is “a bad idea, a waste of time, not very healthy.”

Last fall, the U.S. Justice Department announced it will allow Colorado and Washington to carry out their new recreational marijuana laws. The department said it will focus enforcement on criminal charges in specific areas, such as distribution to minors.

The announcement ended almost a year of debate within the Obama Administration about how to react to the state laws, which allow personal possession of up to an ounce of marijuana for anyone at least 21 years old. They also permit marijuana to be sold and taxed at state-licensed stores. Federal law outlaws the production, possession and sale of marijuana.

In the magazine interview, Obama expressed concern at the disproportionate number of minorities who are arrested and imprisoned for marijuana use. “Middle-class kids don’t get locked up for smoking pot, and poor kids do,’’ he said. ‘‘And African-American kids and Latino kids are more likely to be poor and less likely to have the resources and the support to avoid unduly harsh penalties.” People who use marijuana should not be imprisoned for long periods when the people who write the drug laws “have probably done the same thing,” he noted.

He expressed caution about changing marijuana laws. He said people who think legalizing marijuana will solve social problems are “probably overstating the case.” He added, “And the experiment that’s going to be taking place in Colorado and Washington is going to be, I think, a challenge.”
Posted by GODS RECOVERY TRANSFORMATION CONNECTION at 6:58 AM