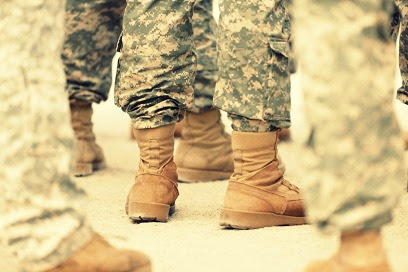 The United State Congress was worried. The public was worried. They worried about an opioid prescription drug epidemic and widespread binge drinking in the military and the number of suicide deaths that exceeded battle fatalities. They worried about alcohol and drug problems that impaired both combat readiness and, with multiple deployments, the functioning of a growing number of troops with PTSD and traumatic brain injury (TBI).

Congress acted by turning to the Institute of Medicine (IOM) to analyze the problems and recommend solutions. The IOM Committee report “Substance Use Disorders in the U.S. Armed Forces” was delivered to Congress and the Department of Defense (DoD) in September 2012.

The IOM conducted a comprehensive analysis of the substance use disorder (SUD) problems by reviewing Department of Defense policies and practices and by hearing from both the military commanders and the troops themselves at bases throughout the USA. It found that identifying the problems was relatively easy. Solving them is not.

Much of military culture is built around the goal of fitness and combat readiness. Soldiers with SUD problems present a clear risk to this goal.

The approaches to SUDs in the civilian world – screening and diagnosis followed by referral to treatment programs – have not been common in the military. Confidentiality is hard to come by. The military relies almost exclusively on drug testing as a deterrent. Seeking help voluntarily is discouraged by a system in which behavioral diagnoses are routinely reported to the commanders who then frequently take disciplinary action. When service members’ problems become known, there is a good chance that their military careers are over. A lot of energy by our armed forces is going into not getting caught.

Short term treatment is the rule. The fact that longer-term addiction treatment such as opioid maintenance is generally unavailable creates a mismatch with the chronic nature of addictive disorders.

The IOM recommended that addiction screening, diagnosis and initial treatment for SUDS be integrated with care for mental health conditions and with ongoing medical care, particularly primary care. The IOM recommendation that each service branch needs to provide options for the confidential treatment of alcohol use disorders focuses solely on alcohol for two reasons. First, some alcohol use is permitted under military policy and a limited confidential counseling pilot program for alcohol problems already existed in the army. Second, the military’s zero tolerance drug policy suppresses even a confidential disclosure of unapproved drug use. Zero tolerance and confidentiality don’t mix well.

In general, the military system would do well to institute reforms to achieve closer compliance with current civilian clinical practices. These are spelled out in the Clinical Practice Guideline for Management of Substance Use Disorders which was developed jointly with the DoD and the VA. The IOM detailed what needed to be changed to adhere more closely to the Guideline.

The DoD is taking the IOM report seriously and has issued a separate report with a point-by-point discussion of its plans in response to the IOM recommendations.

One hopeful sign is that in the fall of 2013 the DoD issued new regulations, agreeing with one forceful IOM recommendation, to remove a decades long policy restricting TRICARE insurance coverage of pharmacotherapy (methadone, buprenorphine) for opioid maintenance treatment.

The military leadership has acknowledged that SUD problems can be prevented and they can be treated when detected early addressed with interventions that allow some degree of confidentiality and are delivered in a consistent evidence based way. The proof of progress awaits the implementation of reforms.