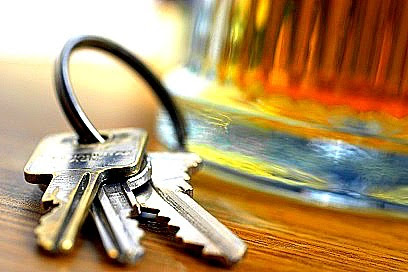 Drivers with blood alcohol levels well under the legal limit are more likely to be at fault for accidents, compared with the non-drinking drivers they hit, according to a new study.

The researchers from the University of California, San Diego analyzed data on more than 570,000 fatal auto accidents between 1994 and 2011, and concluded there appears to be no safe blood alcohol content (BAC) for drivers, Reuters reports. They looked at drivers’ blood alcohol levels, as well as indicators of which driver was to blame, such as who drove in the wrong lane or ran a red light.

The study, published in Injury Prevention, found drivers with a BAC of .01 percent were 46 percent more likely to be fully responsible for the crash than a sober driver. The legal driving limit in the United States is .08 percent. An adult man could generate a .01 percent BAC reading just by drinking half of one 12-ounce beer, the article notes. The more a person’s BAC increased, the greater their risk of being responsible for an accident, the study found.

In many European countries, the legal BAC is .05. The limits in Japan and Sweden are even lower.

In a news release, Phillips said, “We find no safe combination of drinking and driving – no point at which it is harmless to consume alcohol and get behind the wheel of a car. Our data support both the National Highway Traffic Safety Administration’s campaign that ‘Buzzed driving is drunk driving’ and the recommendation made by the National Transportation Safety Board, to reduce the legal limit to BAC .05 percent. In fact, our data provide support for yet greater reductions in the legal BAC.”
Posted by GODS RECOVERY TRANSFORMATION CONNECTION at 6:15 AM