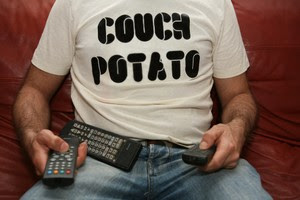 Is there any truth to the stereotype of the lazy, half-witted, burnt out marijuana smoker?

Amotivational syndrome, a collection of observable consequences of heavy marijuana use that includes apathy, lethargy, reduced concentration, lowered intelligence and a lack of desire to partake in meaningful activities of upwards mobility; has never been clinically proven as factual or real.

Problematically, the difficulties inherent in proving a casual link between marijuana usage and such a wide collection of behavioral changes prohibits a clinically demonstrable relationship, and some marijuana users, even heavy smokers, do not seem to display the characteristic traits of the amotivational syndrome.

A fact not last to marijuana advocates who argue of governmental propaganda and the propagation of myth, something that government have in the past been guilty of, and some would argue remain guilty of to this day. This is unfortunate, as there are enough legitimate risks of marijuana usage to give weight to arguments against its use, without resorting to half truths and myth.

Some Real Statistics About the Harms of Marijuana

But although amotivational syndrome cannot be proven as a casual result of marijuana usage, there are certain statistics that do illustrate the correlation between marijuana use and lowered academic and professional success and accomplishments.

Marijuana and Developmental Delays in Teens

Marijuana usage is conclusively and casually linked to a reduction in ability to consolidate new memories for about 24 hours after you smoke; which for heavy or daily marijuana smokers means all the time. Essentially, marijuana can decrease your ability to learn.
Psychologists argue that when a teen starts smoking marijuana heavily, they lose the ability to consolidate the emotional and social learning necessary for a real transition out of adolescence and into adulthood. Marijuana blunts the emotional response to external stimuli, and as such when under the influence of marijuana, teens do not appropriately experience complex emotional and developmental challenges, and do not learn healthy was to navigate the emotional and psychosocial landscape of adulthood.
The earlier teens start smoking, the greater the deficit in learned social behaviors, and the greater the eventual harms.
So there is no direct evidence linking marijuana usage to amotivational syndrome, but marijuana does cause decreased academic, professional and general life performance. It does lessen the ability to learn, and when younger teens smoke marijuana heavily, they do not effectively develop emotionally and do not learn effective and appropriate ways to deal with emotional and social challenges in life.

Does It Make You Lazy?

And although marijuana cannot be conclusively linked to amotivational syndrome, most marijuana smokers will concede that under the influence of regular intoxication they are not as likely to accomplish worthwhile goals, and are more likely to focus on transient and meaningless pleasures of stimulation.
Scientists may not be able to prove a casual link, but marijuana smokers know that while high, they just aren’t as motivated to accomplish in life.
Read more: Marijuana Amotivational Syndrome? Does Marijuana Addiction make you Lazy?
Posted by GODS RECOVERY TRANSFORMATION CONNECTION at 6:49 AM