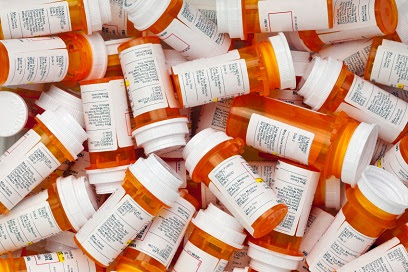 When the Drug Enforcement Administration (DEA) recently charged a major health care company and four pharmacies with violating their licenses to sell controlled drugs, it marked the most aggressive efforts by the agency to combat prescription drug abuse, The Wall Street Journal reports.
The DEA said Cardinal Health had an unusually high number of shipments of controlled painkillers to four pharmacies. The agency suspended Cardinal Health’s controlled substance license at its distribution center in Lakeland, Florida. The center serves 2,500 pharmacies in Florida, Georgia and South Carolina. After the DEA suspended the company’s license, a federal judge granted a temporary restraining order against the DEA’s suspension order.
The agency also moved to suspend four pharmacies in Sanford, Florida, including two CVS pharmacies, from selling controlled substances.
A federal judge has granted CVS a temporary restraining order, which will allow the company to continue to sell controlled prescription drugs at two pharmacies in Florida. Judge Amy Berman Jackson, of the U.S. District Court in Washington, D.C., said it was likely CVS will be able to show that the DEA did not establish the “imminent danger to public health” that is needed to suspend pharmacies’ registrations.
According to the Wall Street Journal, the DEA said the pharmacies were dispensing “staggering” amounts of oxycodone. The agency also said in 2011, Cardinal shipped enough oxycodone to Sanford to give 59 of the pills to every man, woman, and child there.
The DEA’s strategy targets not only individual doctors and patients, but also retail chains and suppliers. The agency wants these companies to closely monitor where their drugs are going, and to quickly act on signs they are being diverted.
Both Cardinal and CVS deny any wrongdoing, and say they did react quickly when they saw signs of problems with controlled drugs. Cardinal said it needs better guidance from the DEA on how it should police the pharmacies and hospitals it distributes drugs to.
Posted by GODS RECOVERY TRANSFORMATION CONNECTION at 5:38 AM