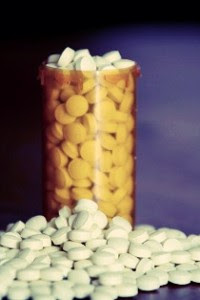 Drug overdose deaths may peak in 2017, experts at Columbia University predict. By 2034 the overdose rate could fall back to rates last seen in the early 1980s, they say.

The Columbia professors made the predictions based on a theory called Farr’s Law, which states that an epidemic usually follows a symmetrical curve that rises before subsiding. The curve has been applied to mapping the AIDS epidemic, smallpox outbreaks and cattle disease, with mixed results, the authors say.

They note that when access to prescription medication becomes more difficult with enforcement of prescription drug monitoring programs, there is a danger that people will shift to alternative substances such as heroin. “To avoid this substitution effect would require multifaceted interventions such as the expansion of prescription limits, increased drug screening, requiring pain contracts, and the distribution of naloxone to first responders,” they wrote.

If the overdose epidemic does decrease as they predict, it will add to evidence that efforts such as enhanced prescription drug monitoring are working and should be continued, they noted.
Posted by GODS RECOVERY TRANSFORMATION CONNECTION at 5:43 AM