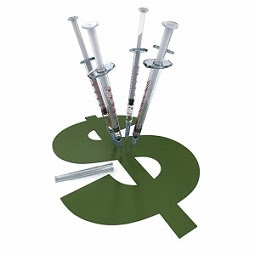 A vaccine to treat heroin addiction has shown promise in rat studies, but faces challenges including a lack of funding, Time reports.

Researcher Kim Janda at the Scripps Research Institute in La Jolla, California, says drug companies are not interested in addiction vaccines. He has been studying treatments for heroin and methamphetamine addiction, as well as cocaine overdoses.

“No pharmaceutical company is going to fund trials for heroin, no way,” Janda said. “For meth? No way. Forget about it.” Janda is most hopeful about the heroin vaccine. “The heroin one has been our best success in over 25 years of working—it’s the best data we’ve seen,” he noted.

A study published in 2013 found rats addicted to heroin who received the experimental vaccine did not relapse into addiction, despite the high amounts of heroin they were given. “It’s really dramatic,” said Dr. George Koob, Director of the National Institute on Alcohol Abuse and Alcoholism, who was involved in the research. “You can inject a rat with 10 times the dose of heroin that a normal rat [could handle] and they just look at you like nothing happened. It’s extraordinary.” The vaccine acts like a sponge to suck up the heroin and prevent it from reaching the brain.

Janda and Koob hope the Food and Drug Administration will grant investigational new drug status for the vaccine so they can test it in humans. The National Institute on Drug Abuse has allocated $27.1 million to addiction vaccine research last year, which is not enough to cover the costs of a human clinical trial.

“I am not sure Americans realize that if they treated alcoholism and drug addiction they would save quadrillions of dollars in health care costs,” says Koob. “Go into any emergency room on the weekend and you will see half are there for alcohol and drugs. If for no other reason, investing in research on addiction will reduce health care costs in the future. That’s something I believe in.”
Posted by GODS RECOVERY TRANSFORMATION CONNECTION at 6:47 AM