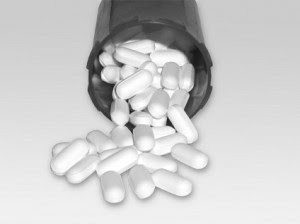 The diversion and abuse of prescription painkillers decreased slightly between 2011 and 2013, after increasing substantially from 2002 to 2010, according to a study in this week’sNew England Journal of Medicine. The findings suggest the U.S. may be making progress in controlling prescription opioid abuse, the researchers say.

“The big ‘but’ is heroin abuse and overdose, which is increasing,” said lead author Richard Dart, Director of the Rocky Mountain Poison and Drug Center in Denver. “It’s a good news/bad news story,” he said. Dart noted part of the decline in prescription opioids is due to some users switching to heroin.

Dart said the decline in prescription opioid abuse is also partly due to legislation on the federal, state and local level. He noted states have implemented prescription drug monitoring programs to detect “doctor shoppers,” who visit multiple physicians in an attempt to obtain prescriptions. In addition, medical groups have issued guidelines on painkiller prescribing designed to limit inappropriate use.
Posted by GODS RECOVERY TRANSFORMATION CONNECTION at 7:14 AM