As Drug Courts Expand, Critics Say They Aren’t Reaching Those in Greatest Need
/BY JOIN TOGETHER STAFF
July 29th, 2014/ 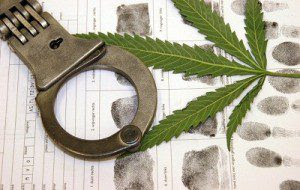 As the use of drug courts expand, critics say people with minor marijuana infractions are more likely than those with serious drug problems to end up in these programs.

Drug courts allow drug offenders to receive court-supervised treatment instead of punishment, the Los Angeles Times reports. These programs can dramatically improve the lives of people addicted to drugs, the article notes. But a growing number of people are ending up in drug court because of minor marijuana infractions, some longtime supporters tell the newspaper.

In many areas of the country, people charged with marijuana possession are the largest group of offenders sent to drug-court programs. Often, people who chronically abuse hard drugs are not allowed to participate in these programs.

“For serious drug offenders it has been a far better alternative than prison,” said John Roman, a senior analyst at the Urban Institute, who studies drug courts. “The problem is very few people who have those serious problems get into one of these drug courts. Instead, we take all kinds of people into drug court who don’t have serious problems.”

In some cases, people who might have faced a fine for marijuana use in the regular court system are instead moved into the drug-court system. They are often forced to pay for costly treatment programs, and could face jail time if they break the program rules. “Once you get that deep into the criminal justice system, it can be really hard to get out,” Roman said.

Rick Jones, Executive Director of the Neighborhood Defender Service in Harlem, New York, says his nonprofit group often sees people with low-level marijuana offenses being pressured into drug-court treatment, while people addicted to drugs are disqualified. “It is not working the way we thought or hoped it would,” Jones said.
Posted by GODS RECOVERY TRANSFORMATION CONNECTION at 10:36 PM