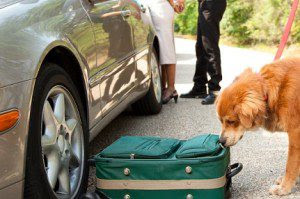 A growing number of parents are hiring private dog-sniffing businesses to find out if their teens are using illegal substances, NPR reports. The dogs are also being requested by schools, businesses, landlords and halfway houses.

One such business, Discreet Intervention, is run by Tom Robichaud, a former dog trainer. Robichaud, based in Massachusetts, attended classes along with his dog, Ben, at LaFollette K9 Training Center in Missouri, which trains police dogs. He says the fledgling industry could use more regulation to protect parents.

“A lot of people are jumping on the bandwagon. Anyone can buy a dog in a pound, and [parents] wouldn’t even know if it’s a drug dog,” he said. Robichaud knows firsthand how destructive drugs can be. His brother died of an overdose, the article notes. “Every time I go into a house, I see those parents like my parents, [and] what they went through,” he said. “It just destroyed my family.” He says in order for parents to help their children, they need to know whether they are using drugs.

Privacy experts are concerned about the trend. Jay Stanley of the American Civil Liberties Union says he thinks drug-sniffing dogs cross a line. He points out dogs can sniff out more than illegal drugs, and can invade people’s privacy. “There’s a fundamental principle here that we don’t intrude in that way on people’s homes,” he said. “And I don’t think we want to go down the road to allowing open season for neighbors to spy on each other.”
It is unclear whether evidence from privately trained dogs can hold up in court, some prosecutors say. They note there is no official national accreditation standard or license for private drug-sniffing dogs, or for their trainers.
Posted by GODS RECOVERY TRANSFORMATION CONNECTION at 7:23 AM

What Is Going On In The Spirit Realm Right Now 2020