Study: Counseling Via Telephone Could Cut Prescription Painkiller Use
/BY JOIN TOGETHER STAFF
July 16th, 2014/ 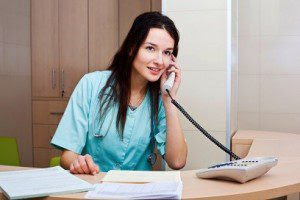 A new study finds people with chronic pain who received counseling from a nurse over the phone were able to reduce their dose of pain medication. The researchers say the findings suggest “telecare” could reduce the risk of prescription drug abuse and accidental overdoses.

The study, published in the Journal of the American Medical Association, included 250 veterans with chronic pain. Half of the veterans received traditional pain care from their primary physician, and half received counseling from nurses via telephone and internet,NBC Los Angeles reports. The nurses’ goal was to reduce patients’ pain medication doses, and in some cases to have them stop taking painkillers altogether, the article notes.

Telecare consisted of automated symptom monitoring and pain management counseling by a nurse care manager. Patients in the telecare group received interactive voice-recorded phone calls or online messages asking them about their pain, their reaction to medication and whether they wanted to speak with a nurse. They met with the nurse once in person, and then received phone counseling from the nurse throughout the study.

About three-quarters of patients receiving telecare rated their prescribed painkillers as good to excellent, compared with only half of patients in the usual care group.
Posted by GODS RECOVERY TRANSFORMATION CONNECTION at 6:43 AM