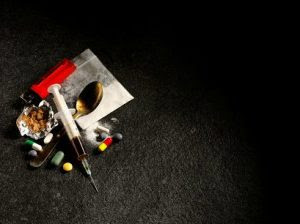 The plan calls for increased access to the opioid overdose medication naloxone. “The widespread use of naloxone in the hands of law enforcement, firefighters and emergency medical personnel will save lives. It can also serve as a critical intervention point to get people into treatment and on the path to recovery,” Michael Botticelli, Acting Director of National Drug Control Policy, said in a White House blog post.

The strategy does not change the Obama Administration’s stance on marijuana. Among the challenges the nation faces, according to the policy statement, are “the declining perceptions of harm – and associated increases in use – of marijuana among young people. These challenges have gained prominence with the passage of state ballot initiatives in 2012 legalizing marijuana in the states of Colorado and Washington.”

The policy “rejects the notion that we can arrest and incarcerate our way out of the nation’s drug problem,” Botticelli said. “Instead, it builds on decades of research demonstrating that while law enforcement should always remain a vital piece to protecting public safety, addiction is a brain disorder—one that can be prevented and treated, and from which people recover.”

The White House called for reforms to the criminal justice system that provide alternatives to incarceration, and effective interventions to get people the treatment they need. “The plan we released today calls on healthcare providers to prevent and treat addictive disorders just like they would treat any other chronic disorder, like diabetes or heart disease,” Botticelli noted. “It calls on law enforcement, courts, and doctors to collaborate with each other to treat addiction as a public health issue, not a crime.”
Posted by GODS RECOVERY TRANSFORMATION CONNECTION at 6:59 AM