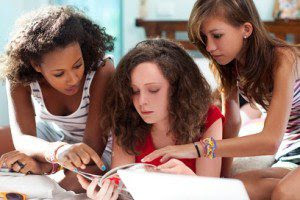 The top alcohol brands consumed by underage drinkers are the same ones most heavily advertised in magazines read by those under age 21, a new study finds. The researchers say their findings suggest alcohol ads can encourage young people to drink, HealthDay reports.

The study also indicates the alcohol industry’s voluntary advertising standards are insufficient, the researchers add. “All of the ads in our study were in complete compliance with the industry’s self-regulatory guidelines,” lead researcher Craig Ross, of Virtual Media Resources in Natick, Massachusetts, said in a journal news release.

The study analyzed alcohol ads that ran in U.S. magazines in 2011. The researchers found the top 25 alcohol brands consumed by underage drinkers were advertised more heavily in publications read by young people than 308 other brands less popular with young drinkers. The most popular brands were five to nine times more likely to heavily expose 18- to 20-year-olds to their magazine ads, compared with other brands.

The findings are published in the Journal of Studies on Alcohol and Drugs.

“We can’t speak to what advertisers’ intentions are,” said study co-author David Jernigan, Director of the Center on Alcohol Marketing and Youth at the Johns Hopkins Bloomberg School of Public Health. “But we can say there is clear evidence that 18- to 20-year-olds are the most heavily exposed to these ads. That’s concerning, because that age group is at high risk of alcohol abuse and negative consequences from drinking.”
Posted by GODS RECOVERY TRANSFORMATION CONNECTION at 7:08 AM