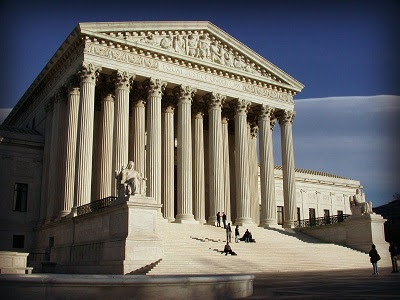 Smart drug policy is inextricably linked to smart crime policy. When treatment of substance use disorders (SUD) is the primary response to criminal behavior tied to untreated addiction and use, it has a profound impact on reducing not only costs to the public safety system but also to the health care system. However, crime and drug policy do not end there. Ensuring the successful reintegration of justice-involved individuals into the community is equally important to ensuring that people get the care and supports they need. Yet many people in recovery face an overwhelming array of discriminatory barriers as a result of their addiction and/or criminal histories, which make it difficult to obtain employment, housing, education, public benefits, and other necessities of life.
During the 1980s and 1990s, the nation engaged in a “war on drugs” that led to the United States having the largest incarcerated population in the world. Legislators enacted policies that erected collateral consequences or extended punishment for people with drug convictions beyond completion of their sentences. These policies stripped away from millions of people, including many in recovery, rights and eligibility for vital services. While in most cases, states were permitted to opt out of these bans, the message across the country was clear1.

Legal Action Center and others continue working to eliminate these barriers by encouraging states to modify these bans. Advocates have continued to educate Congress about the impact collateral consequences has on the health and public safety systems. There has been some encouraging progress in the states and at the federal level. Several states are considering modifying their state laws and policies to be less restrictive and more supportive of reentry. These policies include adopting criminal record anti-discrimination protections; employer hiring standards and incentives; expungement or sealing of criminal records; eliminating the ban on TANF and/or SNAP benefits; creating special housing programs and assistance; and other reentry initiatives that support rehabilitation.
The Obama administration has shown a strong commitment to improving reentry. The U.S. Attorney General established the Interagency Reentry Council, whose membership of over 20 federal agencies is coordinating and advancing reentry policies and removing barriers to successful reentry. The Attorney General also announced its “Smart on Crime” initiative that directs focus on pursuing alternatives to incarceration for low level offenses and reduce unnecessary collateral consequences for people with criminal histories. The Equal Employment Opportunity Commission released important guidance on the use of criminal records for employment purposes and discouraged blanket bans against hiring people with criminal histories. The Secretary of Housing and Urban Development issued guidance to all the country’s housing authorities highlighting their broad discretion to admit most people with criminal records into housing. There has been progress in eliminating these discriminatory federal policies against people in recovery and those with criminal histories, but more can and must be done to truly reform our policies to promote health and justice.
[1] See Legal Action Center’s publication After Prison: Roadblocks to Reentry. (Updated 2009).
Posted by GODS RECOVERY TRANSFORMATION CONNECTION at 6:16 AM