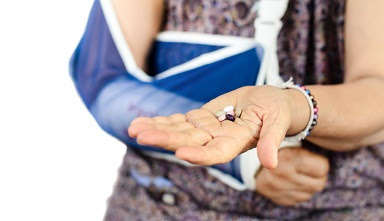 Emergency departments are prescribing more opioid painkillers than in previous years for problems such as headaches or low back pain, a new study concludes. Many of these patients could be treated with over-the-counter painkillers, experts say.

The study found emergency department doctors in the United States wrote 49 percent more prescriptions for opioids in 2010, compared with 2001, HealthDay reports. During that time, there was only a small increase in the percentage of pain-related visits, the researchers report in Academic Emergency Medicine.

The survey found in 2001, about 21 percent of emergency department visits involved a narcotic painkiller prescription. By 2010, that had increased to 31 percent. Opioids were prescribed for a range of conditions, including pain in the back, stomach, joints or muscles; headaches; and toothaches.

“In many cases, naproxen, Tylenol (acetaminophen) and ibuprofen are the best choices,” Dr. Ryan Stanton, a spokesman for the American College of Emergency Physicians, told HealthDay. He said the findings are “reflective of the growing use of opiates across the board, not just in emergency medicine.” He added that a short-term prescription for opioids is appropriate for conditions such as broken bones or severe pain caused by kidney stones.

The researchers, from George Washington University, say emergency departments may be prescribing more opioids in an attempt to better treat patients’ pain. They also can feel pressure to make patients happy, according to researcher Dr. Jesse Pines.

“Emergency department providers are often caught in a difficult position because some have their pay incentivized based on how patients report their satisfaction with their experience. The intention is always to provide appropriate pain relief, but many patients have come to expect opioids,” Dr. Pines said in a news release. “When patients in pain want opioids, but don’t get them — which is common — they may report a poor experience.”

Posted by GODS RECOVERY TRANSFORMATION CONNECTION at 6:22 AM