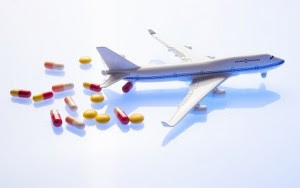 A new study by the National Transportation Safety Board (NTSB) finds more pilots are using both potentially impairing medications and illicit drugs. The study looked at pilots who died in crashes. Most of them were private pilots.

Pilots who died in airplane crashes in 2012 tested positive for drugs four times as often as those who died in crashes in 1990, The New York Times reports.

“I think that the key take-away from this study for every pilot is to think twice about the medications you’re taking and how they might affect your flying,” NTSB Acting Chairman Christopher A. Hart said in a news release.

Overall, both legal and illegal drugs are a factor in about 3 percent of plane crashes, the board said. Pilots killed in crashes tested positive for one drug 39 percent of the time in 2012, compared with 9.6 percent in 1990, the article notes.

Illicit drug use was relatively uncommon among the pilots, increasing from 2.4 percent of those who died in accidents in the 1990s to about 4 percent in 2012. Most of the increase was due to marijuana use. The NTSB noted it was difficult to determine whether pilots who tested positive were actually impaired at the time of the accident. “However, the study did say that increasing numbers of accident pilots chose to fly after taking potentially impairing drugs, suggesting that some pilots are either unaware of the risks that such drugs present or consider such risks acceptable,” the board concluded.
Posted by GODS RECOVERY TRANSFORMATION CONNECTION at 6:31 AM