Deaths Due to Prescription Painkiller Overdoses Slowing Down: Report
/BY JOIN TOGETHER STAFF
September 16th, 2014/ 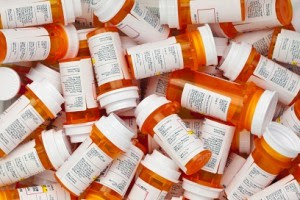 Deaths from prescription painkillers are rising at a slower pace than in years past, the Centers for Disease Control and Prevention (CDC) reports. Prescription painkiller overdose deaths rose by 3 percent from 2007 to 2011, compared with 18 percent each year from 1999 through 2006, according to USA Today.

The CDC, in a report released this week, said opioids including hydrocodone, morphine and oxycodone were involved in 11,693 drug-poisoning deaths in 2011, up from 2,749 deaths in 1999.

In 2006,the Food and Drug Administration urged doctors to use caution when prescribing methadone to patients who are not used to the drug, and that patients take the drug exactly as directed. Two years later, methadone manufacturers agreed to limit distribution of large volumes of the drug, the article notes.

In the past decade, adults ages 55 to 64 and non-Hispanic whites experienced the greatest increase in the rates of prescription painkiller poisoning deaths.

In an effort to reduce prescription drug abuse, the Drug Enforcement Administration recently announced it will reclassify hydrocodone combination products such as Vicodin. Under the new rules, patients will be able to receive the drugs for only up to 90 days without receiving a new prescription.

Hydrocodone combination products will be classified as Schedule II drugs. Currently these products are Schedule III drugs, meaning they can be refilled up to five times, and prescriptions can cover a 180-day period.
Posted by GODS RECOVERY TRANSFORMATION CONNECTION at 6:15 AM