Drinking at an Early Age Linked With Later Problem Drinking
/BY JOIN TOGETHER STAFF
September 25th, 2014/ 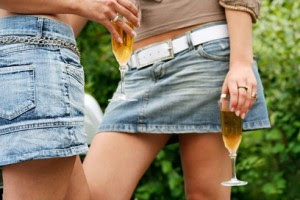 Starting to drink at an early age can increase the risk of alcohol abuse in teens, according to a new study. The shorter the time between a teen’s first drink and the first time they get drunk, the greater their risk of later alcohol abuse.

“If age of any use is the primary risk factor, our efforts should be primarily focused on preventing initiation of any use,” William Corbin of Arizona State University said in a news release. “If, however, age of first intoxication — or delay from first use to first intoxication — is a unique risk factor above and beyond age of first use, prevention efforts should also target those who have already begun drinking in an effort to prevent the transition to heavy drinking.”

A teen who had their first drink at age 14 and first got drunk at age 15 would become a heavier drinker than a teen who started drinking at age 14 but didn’t first become drunk until they were 18, the study found.

“We would recommend that parents attempt to delay their children’s use of alcohol as long as possible,” study author Meghan E. Morean said. “However, even among adolescents who have had their first drink, a significant percentage has yet to drink to intoxication. Therefore, parents’ efforts to delay drinking to intoxication may be helpful in reducing their child’s long-term risk for negative outcomes associated with early drinking.”
Posted by GODS RECOVERY TRANSFORMATION CONNECTION at 9:11 AM