DEA Will Allow Unused Narcotic Painkillers to be Returned to Pharmacies
/BY JOIN TOGETHER STAFF
September 9th, 2014/
0 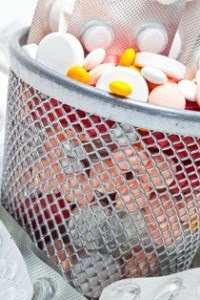 The Drug Enforcement Administration (DEA) announced Monday it will allow unused narcotic painkillers such as OxyContin to be returned to pharmacies. Until now, pharmacies were not allowed to accept unused opioid painkillers. The Controlled Substances Act required patients to dispose of the drugs themselves or give them to law enforcement during twice-yearly national “take-back” events.

Consumers will also be permitted to mail unused prescription medications to an authorized collector, in packages that will be available at pharmacies and locations including senior centers and libraries, The New York Times reports.

The new regulations are designed to curb the prescription drug abuse epidemic, the DEA said. “These new regulations will expand the public’s options to safely and responsibly dispose of unused or unwanted medications,” DEA Administrator Michele Leonhart said in anews release. “The new rules will allow for around-the-clock, simple solutions to this ongoing problem. Now everyone can easily play a part in reducing the availability of these potentially dangerous drugs.”

The regulations will take effect in one month, the article notes. In addition to OxyContin, the rule will include stimulants such as Adderall and depressants such as Ativan. The program will be voluntary for pharmacies. The DEA will require locations accepting drugs to permanently destroy them, but will not specify how they do it.

The “take-back” events removed 4.1 million pounds of prescription drugs from circulation in the past four years, according to the DEA. During that time, about 3.9 billion prescriptions were filled. “They only removed an infinitesimal fraction of the reservoir of unused drugs that are out there,” said Dr. Nathaniel Katz of Tufts University School of Medicine in Boston, who studies opioid abuse. “It’s like trying to eliminate malaria in Africa by killing a dozen mosquitoes.”

Flushing drugs down the toilet, or throwing out prescriptions in the trash, are discouraged because they could harm the environment.
Posted by GODS RECOVERY TRANSFORMATION CONNECTION at 6:08 AM