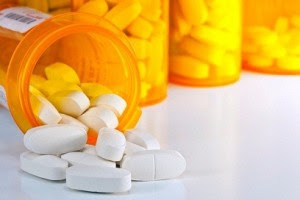 The Drug Enforcement Administration (DEA) has announced it will reclassify hydrocodone combination products such as Vicodin. Under the new rules, patients will be able to receive the drugs for only up to 90 days without receiving a new prescription, The Wall Street Journal reports.

The DEA hopes the move will reduce prescription drug abuse, the article notes. Under the new rule, hydrocodone combination products will be classified as Schedule II drugs. Currently these products are Schedule III drugs, meaning they can be refilled up to five times, and prescriptions can cover a 180-day period. In most cases, patients who wish to refill their hydrocodone combination prescription will now have to give their pharmacy a prescription from a healthcare provider, instead of having it phoned or faxed in.

Critics of the new rule have said it could reduce access to pain medication for patients suffering acute pain. Mark Fleury, a policy analyst at the American Cancer Society Cancer Action Network, said seriously ill patients will now be required to visit their doctors more often than necessary to receive the drugs. In some states, the new rule will limit the ability of nurse practitioners and physician assistants to prescribe the medications, Fleury said.

Drug manufacturers and pharmacy groups have opposed the change, according to the newspaper. Pharmacies will now have to store hydrocodone combination products in a secure location, noted John Norton, a spokesman for the National Community Pharmacists Association.
Posted by GODS RECOVERY TRANSFORMATION CONNECTION at 7:31 AM