Judge’s Decision Keeps Marijuana on List of Schedule I Drugs
/BY JOIN TOGETHER STAFF
April 16th, 2015/ 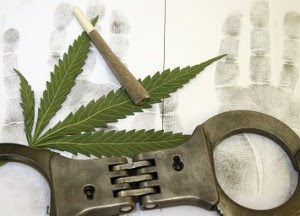 A ruling Wednesday by U.S. District Judge Kimberly J. Mueller keeps marijuana on the list of Schedule I drugs, alongside LSD and heroin. Schedule I drugs are substances classified as having no currently accepted medical use and a high potential for abuse.

Judge Mueller had agreed to consider marijuana’s drug classification under the 1970 Controlled Substance Act. She held a five-day fact-finding hearing in late 2014. Her decision to hold the hearing was in response to a pretrial defense motion in a federal case against alleged marijuana growers.

The defendants are accused of conspiring to grow more than 1,000 marijuana plants in a national forest. Judge Mueller will continue to preside over the case, The New York Timesreports.

In her ruling, Judge Mueller said any adjustments to the law should be made by Congress.
Posted by GODS RECOVERY TRANSFORMATION CONNECTION at 6:24 AM