19 Percent of Americans Say They Take Some Sort of Drug Daily to Help Them Relax
/BY JOIN TOGETHER STAFF
April 2nd, 2015/ 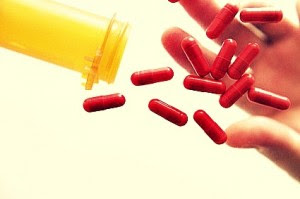 A new survey finds almost 19 percent of Americans say they take some sort of drug daily to help them relax. The rate of drug use varies widely by state, from 28 percent in West Virginia to 13.5 percent in Alaska.

The findings come from an ongoing Gallup survey, conducted with health consultants Healthways, according to NBC News. The survey included calls to more than 176,000 adults nationwide. They were asked how often they use drugs or medications, including prescription drugs, which affect their mood and help them relax. Respondents were not asked about the types of drugs used.

People who take drugs daily to relax have an overall lower feeling of well-being, Gallup noted in a statement. “One possibility is that taking mood-altering drugs or medication nearly every day contributes to lower well-being,” the organization noted. “But a more probable explanation is that Americans who already have lower well-being are more likely to use drugs or medication to relax or alter their mood, possibly to help cope with challenges related to their low purpose, social, financial, physical or community well-being.”
Posted by GODS RECOVERY TRANSFORMATION CONNECTION at 6:23 AM