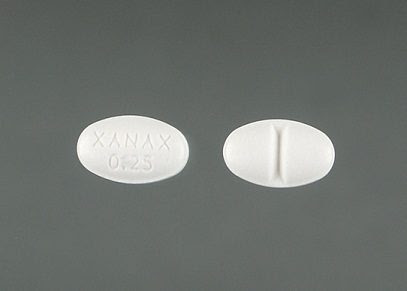 More than 123,000 people ended up in hospital emergency rooms in 2011 after misusing the sedative alprazolam, sold under brand names including Xanax. The findings come from a new government report.

The number of ER visits associated with Xanax in 2011 was slightly less than the previous year, but more than double the number in 2005, USA Today reports. The drug is also sold as Xanax XR and Niravam. Alprazolam was the most commonly prescribed psychiatric drug in 2011, the article notes. It is prescribed to treat anxiety, insomnia and depression.

In total, more than 1.2 million people went to the emergency room for prescription drug abuse in 2011, according to the Substance Abuse and Mental Health Services Administration (SAMHSA).

Misuse of alprazolam can lead to physical dependence, causing withdrawal symptoms such as tremors and seizures, according to a SAMHSA news release. The effects of alprazolam can be dangerously enhanced if it is combined with alcohol or other drugs that depress the central nervous system, such as narcotic pain relievers.

“When used as directed, alprazolam is safe and effective, but misuse can result in serious health consequences,” said SAMHSA Administrator Pamela S. Hyde. “This report highlights the need to educate people about the dangers of misusing or sharing prescription medications and the importance of properly disposing of unused medication.”
Posted by GODS RECOVERY TRANSFORMATION CONNECTION at 7:10 AM