DEA Arrests at Least 150 People in Synthetic Drug Operation in 29 States
By Join Together Staff | May 8, 2014 | Leave a comment | Filed in Drugs,Government & Legal 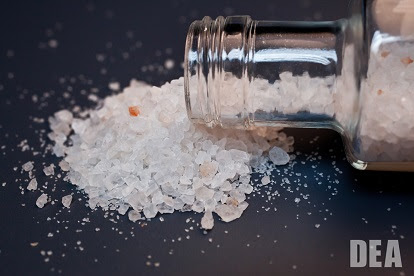 The Drug Enforcement Administration (DEA) announced Wednesday it conducted a major crackdown on synthetic drugs that involved the arrest of at least 150 people in 29 states, and the seizure of more than $20 million in products and cash. Hundreds of thousands of packets of synthetic drugs were seized.

The operation comes a week after more than 100 people in Texas became ill from synthetic marijuana, the Los Angeles Times reports. “There’s a cluster of people with severe anxiety, some with seizures, that could be because of synthetic cannaboids,” Dr. Miguel Fernandez, Director of South Texas Poison Center, told the newspaper. “I would caution people not to use them because they are not like typical marijuana.”

Law enforcement officials and prosecutors have found it difficult to win convictions against makers of synthetic drugs, who are constantly changing the chemistry of the products to stay one step ahead of the law. In order to convict a synthetic drug maker, officials must prove the person sold the drug, and that the drug was substantially similar to a specifically banned substance. All a drug maker has to do is make small chemical changes to the products so they are not considered “analogues,” or chemical compounds that are similar to banned drugs.

Last year, the DEA and authorities in three other countries announced the arrests of dozens of people involved in trafficking designer drugs such as bath salts and synthetic marijuana. In the United States, the enforcement operations took place in 49 cities, and targeted retailers, wholesalers and manufacturers. The operations included more than 150 arrest warrants and almost 375 search warrants.

In 2013, the Substance Abuse and Mental Health Services Administration reported 29,000 emergency department visits nationwide in 2011 resulting from use of synthetic marijuana, up from 11,000 in 2010.
Posted by GODS RECOVERY TRANSFORMATION CONNECTION at 6:13 AM