While Many Doctors Voice Zohydro Concerns, Some Say it Has Benefits
/BY JOIN TOGETHER STAFF
May 27th, 2014/ 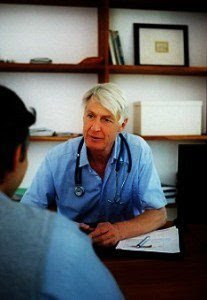 While many addiction medicine experts say they are concerned the new long-acting painkiller Zohydro will worsen the prescription drug abuse epidemic, some doctors say the drug has benefits, The Wall Street Journal reports.

Only about 1,000 doctors have prescribed Zohydro so far, according to the newspaper.

Doctors who have started prescribing Zohydro say it provides long hours of pain relief and a steadier level of medication in the bloodstream, compared with short-acting painkillers. The drug is a pure form of the painkiller hydrocodone. The Food and Drug Administration (FDA) approved Zohydro ER (extended release) in October for patients with pain that requires daily, around-the-clock, long-term treatment that cannot be treated with other drugs. Drugs such as Vicodin contain a combination of hydrocodone and other painkillers such as acetaminophen. Zohydro ER became available in March.

In December 2012, a panel of experts assembled by the FDA voted against recommending approval of Zohydro ER. The panel cited concerns over the potential for addiction. Zohydro is designed to be released over time, and can be crushed and snorted by people seeking a strong, quick high. The opioid drug OxyContin has been reformulated to make it harder to crush or dissolve, but Zohydro does not include similar tamper-resistant features.

Some doctors say that while short-acting painkillers can be helpful for acute pain from procedures such as dental extractions, they have drawbacks. They may wear off after three or four hours, even though they are often prescribed to be taken every four to six hours. Some patients may become over-sedated after they take a short-acting painkiller, but are undertreated for pain as it wears off.

Patients taking short-acting hydrocodone products and additional acetaminophen may end up with liver damage from excess acetaminophen, the article notes.
Posted by GODS RECOVERY TRANSFORMATION CONNECTION at 6:25 AM