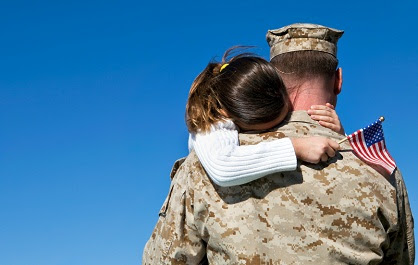 Having a parent or sibling who has been deployed in the military increases the risk of drug and alcohol use among middle and high school students, a new study finds.
The study found multiple deployments by a parent or sibling was linked with an increased risk of lifetime and recent use of drugs and alcohol, MedicalXpress reports. The study found a high number of deployments was linked with a 14 percent increase in the likelihood of lifetime drug use, and an 18 percent increased risk of recent use.
The researchers at the University of Southern California School of Social Work found youth in grades 5 to 11 with a sibling in the military were more likely to use drugs than those with a parent in the military. The findings appear in the American Journal of Preventive Medicine.
“The potential for strain and the trauma associated with multiple deployments in the past 10 years of war seem to be driving this. People need to be aware that these experiences have an impact,” lead author Tamika Gilreath said in a news release. She added, “Everyone talks about the impact of parents, but no one talks about the impact of other close family members, such as siblings. There is research to suggest that the deployment of a sibling is similarly disruptive as parental deployment. Parental concern may influence their interactions with the younger sibling who is left to cope with their own sense of loss as well as their parents’.”
The researchers suggest schools with a high density of students with deployed family members should consider providing education about substance use. They also recommend that community medical providers increase substance abuse screening in these children.
Posted by GODS RECOVERY TRANSFORMATION CONNECTION at 6:34 AM