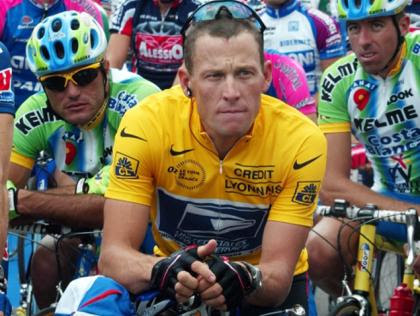 Champion cyclist Lance Armstrong has admitted to using performance-enhancing drugs during his career, and apologized for doing so during an interview with Oprah Winfrey, the Associated Press reports.
The interview is scheduled to be broadcast on Thursday on Winfrey’s network.
The winner of seven Tour de France victories, Armstrong strongly denied he used performance-enhancing drugs for many years. His admission came shortly after he apologized to the staff at Livestrong, the cancer charity he founded and was forced to surrender, the article notes. He created the charity after surviving testicular cancer that spread to his lungs and brain.
Armstrong was stripped of his Tour de France titles, and was forced to leave his charity in 2012 after the U.S. Anti-Doping Agency issued a report that accused him of a long-running doping scheme, according to the AP. He was also banned from competing in elite triathlon and running events. Currently, his lifetime ban cannot be reduced to less than eight years, according to World Anti-Doping Code rules.
Posted by GODS RECOVERY TRANSFORMATION CONNECTION at 7:04 AM