Commentary: Time to “Make An Impact” on Rx Epidemic 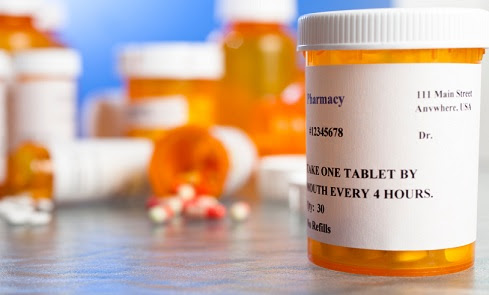 Every month approximately 1,200 calls are received from individuals in southern and eastern Kentucky seeking help with an addiction issue. Multiply this by the hundreds of regions across America and it’s easy to understand why the Centers for Disease Control and Prevention consider prescription drug abuse a public health “epidemic.”
One accidental overdose death every 19 minutes; more than the number of deaths from car crashes. That’s a sobering statistic.
Families and communities are being torn apart, and our children are not immune to addiction’s deadly consequences.
In 2009, an estimated 28,068 visits to the emergency department misuse or abuse of drugs by children aged 12-14, according to a report by the Drug Abuse Warning Network. Half of these visits involved prescription and over-the-counter medications.
As the tide of prescription drug abuse rolled across the country, communities found themselves unprepared for the impending flood of problems and now struggle to react against the tsunami of addiction.
Recognizing that no single organization or agency could fend off this storm, UNITE launched the inaugural National Rx Drug Abuse Summit in 2012. Impacted parties came together for a holistic examination of what is being done to help solve the prescription drug problem, what could be done or done better, and to forge lasting partnerships and strategic alliances.
“Operation UNITE’s inaugural National Summit on Rx Drug Abuse was one of the most professional and well organized conferences I have ever been to,” stated Carla Saunders, NNP-BC, advance practice coordinator with Pediatrix Medical Group at East Tennessee Children’s Hospital. “Power packed with excellent keynote speakers, the Summit brought hope to our team that has treated more than 400 prescription drug-exposed newborns suffering from withdrawal in the past two years.”
“We learned so much about the problem of prescription substance abuse and what can, and is, being done to combat the problem,” Saunders said. “We had incredible opportunities to ‘unite’ with others and see that there is hope. In hope there is strength, and in strength there is the power to make a difference.” 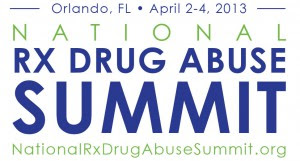 Last year’s conference sparked many on-going collaborations among stakeholders in this on-going battle. Feedback from the more than 700 participants has been used to shape discussion at the second Summit, to be held April 2-4, 2013, at the Omni Orlando Resort at ChampionsGate in Florida. Breakout and general session programs will focus on ways participants can “Make An Impact” in the fight against prescription drug abuse.

With youth experimenting with drugs at an earlier and earlier age, it is incumbent on all stakeholders to identify and collaborate on successful educational strategies that will help change behaviors.
No single entity or initiative can solve our nation’s problems alone. In addition to grassroots educational efforts, law enforcement strategies and providing appropriate treatment/recovery programs for addicts, we must look at long-term cures – and that involves effective legislation at local, state and federal levels. The Summit brought recognition to work of the Congressional Caucus on Prescription Drug Abuse and collaboration continues on strong Prescription Drug Monitoring Programs.
“This may be the biggest challenge of our society, and the only way this destructive trend can be reversed is if everyone — I mean, everyone – gets involved,” stated U.S. Rep. Nick Rahall (WV-3rd), a keynote speaker at the first Summit. “Our nation’s future – our children’s and grandchildren’s future – hangs in the balance.”
We cannot let this problem go unchecked. Prescription drug abuse is growing out-of-control, draining limited resources and devastating families. Please join this important national conversation on April 2-4, 2013, and Make An Impact! Our future is at stake.
Karen Kelly, President/CEO, Operation United
Posted by GODS RECOVERY TRANSFORMATION CONNECTION at 6:38 AM