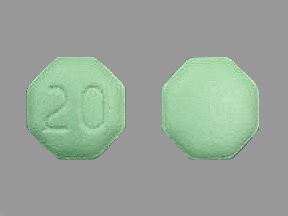 Health officials in Tennessee are reporting cases of a rare blood-clotting disorder in people who injected the painkiller Opana ER (extended release), after crushing the pills. Fifteen cases of the disorder were linked to intravenous drug abuse, and 14 were linked specifically to Opana ER.
The disorder, thrombotic thrombocytopenic purpura (TTP), is usually seen in about one in 100,000 people, HealthDay reports. It causes blood clots to form in small blood vessels around the body. If untreated, the disorder can be fatal. None of the Tennessee patients died. Seven were treated for sepsis, which is potentially fatal.
Opana ER is meant to be taken orally. The Centers for Disease Control and Prevention (CDC) notes in its Morbidity and Mortality Weekly Report that some people seeking euphoria-inducing effects crush the tablets to snort them or dissolve them for injection. A new formulation of the drug, designed to make it more difficult to crush or dissolve the tablets, was released in February 2012.
Dr. Leonard Paulozzi, a medical epidemiologist at the CDC, told HealthDay that snorting or injecting Opana allows the drug to enter the bloodstream more quickly. “Apparently, the amount of euphoria associated with the drug is associated with how fast the drug level rises in your bloodstream,” he said.
It is not known why the Opana ER might lead to the blood-clotting disorder, said Dr. David Kirschke, Deputy State Epidemiologist for the Tennessee Department of Health. The CDC is advising doctors who prescribe Opana, and pharmacists who fill prescriptions for it, to tell patients about the risks of the drug when it is used other than as prescribed.
In October, the Food and Drug Administration warned about the risk of developing TTP from injecting Opana ER.
Posted by GODS RECOVERY TRANSFORMATION CONNECTION at 7:54 AM