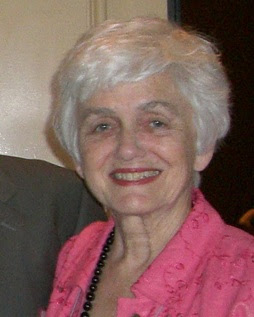 Over the years, I would estimate that two thirds of the human hurt I have encountered in the people I serve has directly resulted from active addiction – or from living with or having lived with an addicted person.
–Rev. F. Anthony Gallagher, MA, Toledo, OH
Clergy can, should and must make a difference in the pain and confusion felt by so many of their congregants, but they must first understand the role that alcoholism and drug addiction play in the insidious social and spiritual erosion plaguing so many of their congregation’s families. Participation in a faith community does not protect against addiction creeping in and destroying a family, but a knowledgeable and caring pastor can foster an openly supportive and healing faith community that invites the suffering to learn and heal – emotionally, physically and spiritually.
Clergy and other pastoral ministers are trained to nurture the spiritual life of their congregants, to help foster a connection to their Almighty and to support them and provide hope as they pass through difficult life struggles. Until recent years, however, their professional training has seldom included  adequate education and insights about the problem that causes the most family stress among their congregants. It is a problem that drives so many families to break-up without ever addressing the primary factor in the despair and desperation that pushed them to give up.
So much is expected of clergy in the 21st century. Most need to foster programs for spiritual development and, at the same time, they need to oversee the substantial business practices of managing and guiding a congregation with all its diverse needs. They need to nurture and support their lay leaders and collaborate with neighboring faith leaders on the greater community issues that impact all faith communities. They need to visit the sick and console the grieving, continue their own professional educations and foster and serve their individual denomination’s programs and priorities.
Clergy see the same headlines as their congregants – about drug busts, fights over “medical marijuana,” drunk driving and underage drinking creating chaos and death – making it is easy to ignore the great number of people suffering in silence in their own congregations. Yet, washing over the work of all congregational leaders and their pastoral staffs is that alcohol that still hurts more children, families, businesses and congregations than any other drug. The barriers to clergy taking an active role in mitigating the impact on their congregation’s children and families could readily be removed with understanding. These barriers include:
The “good news” is that there is a powerful awakening in our faith communities and among a steadily growing army of enlightened clergy and faith leaders about their legitimate role in the prevention of substance use problems and in supporting the healing process for both addicted persons and their impacted family members. Multiple educational programs, including online courses have been developed to facilitate learning and action by clergy since 2003, when a multi-denominational group of seminary deans, faith leaders, addiction professionals and family experts gathered in Washington D.C. in the initial stages of The Clergy Education and Training Project®. The group crafted the Core Competencies for Clergy and Other Pastoral Ministers In Addressing Alcohol and Drug Dependence and the Impact on Family Members. These 12 Core Competencies have become the base on which both brief seminars and extensive seminary and online courses have blossomed. The Clergy Education and Training Project® has provided tools and training to thousands of clergy and other pastoral leaders in their critical roles of addressing alcohol and drug use problems in their pastoral work. Some of these programs and tools include a handbook for clergy featuring brief content and helpful strategies, as well as a training toolkit (Spiritual Caregiving to Help Addicted Persons and Families), with course content, session handouts and a guidance handbook for the course teacher.
A completed seminary curriculum, also following the 12 Core Competencies and the guidance of seminary deans and professors, as well as addiction and family experts, has been tested in several settings. Accepted and recommended by top seminary education experts, the curriculum is being prepared presently for launch as a complete print and DVD package simultaneously with the online version. It will be distributed and made available online to all seminaries in North America.
In more than 35 cities across the country, 4,000 clergy and other pastoral ministers from all faiths have participated in one-day seminars addressing the issues covered in the Core Competencies. They have returned to their congregations with solid information and practical tools and begun to implement some of the simple but effective awareness strategies. These strategies are opening the eyes of their congregants and creating environments where children and adults alike feel welcome and safe enough to ask for help, freeing them from the fear and hopelessness that alcohol and drug use problems have wrought on their families.
Many afflicted families are in great pain, confused and afraid, and suffering in silence. They often don’t fully recognize the core source of their family’s problems. Too many have clergy who still do not know how to approach them, what to do, or what to say to be effective. The faith community’s ability to carry out its important role in freeing afflicted families from the addiction trap will be dependent on enlightened clergy leadership that also fosters enlightened and supportive lay leadership to address this issue. The Clergy Education and Training Project® works to make this a reality.
Sis Wenger
President/CEO
National Association for Children of Alcoholics (NACoA)

Print this page
Posted by GODS RECOVERY TRANSFORMATION CONNECTION at 7:35 AM