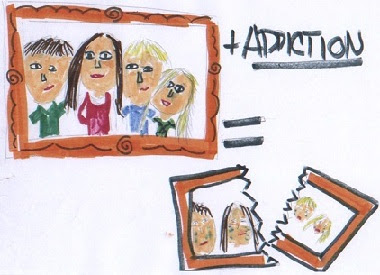 While the toll that a parent’s addiction takes on children is well documented, much is still not known about how loved ones’ recovery affects children, according to the National Director of Children’s Programs at the Betty Ford Center in Rancho Mirage, CA.
“When a parent gets into recovery from alcoholism or drug addiction, does that lessen the chance their children will grow up and repeat the cycle? And if those children do become addicted, does their parents’ recovery help them to get into recovery more quickly?” asked Jerry Moe, MA, who recently spoke about “Understanding Addiction Recovery Through a Child’s Eyes” at the National Conference on Addiction Disorders in San Diego.
Moe called for more research on how children benefit from their parent’s recovery, and whether children’s participation in a healing program entices their parents to seek help for themselves.
The Betty Ford Center runs a four-day program for children ages 7 to 12 whose families have been hurt by addiction. “We are hoping to get to them before they’ve ever picked up a drink or drug or cigarette,” Moe says. About 40 percent of the children who attend the center’s program have parents who are still actively struggling with addiction. While the cost is $400, Moe emphasizes no child is turned away because of an inability to pay.
The first day the children learn what addiction is, that it’s not their fault their parent has a substance abuse problem, and that they can’t make it better. On the second day, the children share their experiences and feelings through artwork, stories and talking with their peers. “They begin finding out that other people have been challenged with the same problems and feelings, and that they’re not alone,” he notes.
The third and fourth days include family members with an addiction. If the parent is not in recovery, the child can attend with another parent or caregiver that does not have a drug or alcohol problem. The children and adults meet both together and separately. As families, they participate in structured exercises, and focus on new ways to take care of themselves and to communicate. The children choose a trusted adult they can talk to about their family member’s addiction.
The last day is focused on making a family plan and continuing care recommendations. Children and adults exchange cards describing what they like and love about each other.
Because so few treatment centers offer programs for children of addicted family members, many other treatment centers refer children to Betty Ford, at their main center or their satellite programs in Dallas/Fort Worth and Denver, Moe says. They also receive referrals from schools, houses of worship, drug courts and children’s protective services.
“Although we get a lot of referrals, one of our biggest challenges is getting parents to actually come,” Moe states. “Parents sometimes get scared—parental guilt and shame surrounding addiction is huge. The last vestige of denial is admitting that addiction is hurting their children. Parents want to believe their children are too young to understand what’s going on, or they say they only drink or use drugs outside of the house. But kids know so much more than we give them credit for.”
Moe tells parents, who are hesitant to seek help for their children, that they have an opportunity to change the legacy in their family. “I’ll ask them if they could have benefitted from this type of program when they were young, and they often say yes,” he says.
An evaluation of the program conducted by Moe and two other researchers, and published in the Journal of Social Work Practice in the Addictions in 2008, found children who participated had increased social skills, a decreased sense of loneliness and a newly formed recognition that they could not control their parent’s substance use behavior. The study evaluated 160 children before and after participating in the program through a comprehensive battery of psychological tests; 50 of the children participated in a follow-up phone interview six months later. Moe is about to embark on a new research study that will follow participants for a longer period.

Print this page
Posted by GODS RECOVERY TRANSFORMATION CONNECTION at 7:17 AM