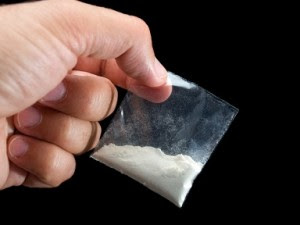 Mexican drug cartels are increasing their profits by exporting more heroin to the United States, the Associated Press reports. They are refining opium paste into high-grade white heroin, and using distribution routes they built for cocaine and marijuana.

The Mexican opium trade is now worth many billions of dollars, the article notes. Farmers who plant poppies in Mexico told the AP all of their product is exported, most of it by the Sinaloa Cartel.

The Drug Enforcement Administration estimates Mexico produced almost half of the heroin found in the United States in 2014, up from 39 percent in 2008. Afghanistan produces more heroin, but sends most of it to Asia and Europe.

Heroin addiction in the United States is growing as more people who became addicted to prescription painkillers are looking for a cheaper alternative, the AP notes. Heroin overdose deaths increased 39 percent from 2012 to 2013, according to a recent report by the Centers for Disease Control and Prevention. The report found 8,257 Americans died of a heroin overdose in 2013.

The amount of marijuana seized by U.S. officers along the Mexican border has decreased 37 percent since 2011. In the past few years, American marijuana users have been choosing more potent, higher-grade varieties grown in the United States.
Posted by GODS RECOVERY TRANSFORMATION CONNECTION at 6:15 AM