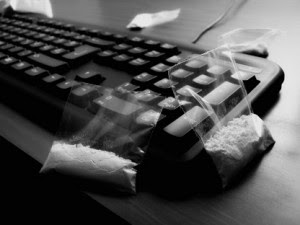 Prosecutors called Ulbricht a “digital kingpin.” Silk Road generated revenues of more than $213 million from January 2011 to October 2013, when the Federal Bureau of Investigation arrested Ulbricht.

Federal prosecutor Serrin Turner said in a closing argument that the website “lowered the barriers to drug dealing by enabling drug dealers to reach customers online they could have never met on the street.”

Four of the convictions, including distributing narcotics on the Internet and engaging in a continuing criminal enterprise, carry potential life sentences, the article notes. Ulbricht will be sentenced May 15.

Last month, a drug dealer testifying at the trial said he sold up to 600 small bags of heroin a day on the site. Michael Duch said he used most of the money to support his $2,000-to-$3,000-a-week heroin addiction.

Silk Road could only be accessed by using encryption software called Tor, which shields computers’ IP addresses, allowing people to make purchases anonymously. The website did not use credit cards, instead relying on “Bitcoins,” an untraceable digital currency that is available through online currency exchange services.


Last month, federal agents arrested a man who told them he was a top assistant to the operator of Silk Road 2.0. The site allowed anonymous users to buy and sell illegal drugs, weapons and other illegal items. Silk Road 2.0 emerged as a copycat site a month after Ulbricht was arrested.
Posted by GODS RECOVERY TRANSFORMATION CONNECTION at 6:19 AM