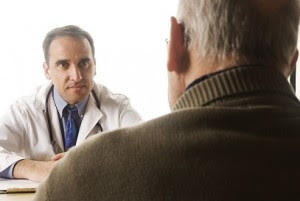 Some pain specialists are ordering costly, unneeded drug tests for their elderly patients, in order to receive payment from Medicare, The Wall Street Journal reports. These doctors are testing for drugs rarely used by elderly patients, such as heroin, cocaine and PCP.

Doctors who treat pain are encouraged to test their patients to make sure they are not abusing their painkillers. Drug tests can also indicate if a patient is not taking their medication, and selling it instead. After Medicare cracked down on abuse billing for simple urine tests, some doctors switched to high-tech testing methods such as mass spectrometry. The billing for these tests are not limited, the article notes. The doctors bill Medicare separately for each substance tested.

Medicare spent $445 million for 22 high-tech drug tests in 2012, up 1,423 percent in five years, according to the newspaper. Spending included $14 million for PCP tests. Dozens of pain doctors receive more Medicare payments for drug testing than for treating patients.

Government data suggests use of illegal drugs among the elderly is rare. Even when marijuana is counted, only about one in 1,000 seniors abuse or are addicted to illicit drugs. In contrast, prescription drug abuse among the elderly is a real and growing concern, experts note.
Posted by GODS RECOVERY TRANSFORMATION CONNECTION at 6:49 AM