Doctors and Nurses Should be Tested for Drugs and Alcohol: Medical Ethicist
/BY CELIA VIMONT
March 4th, 2015/ 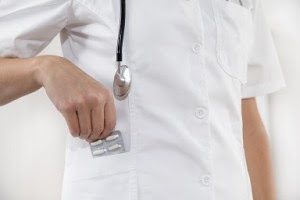 Doctors and nurses should undergo random drug testing, argues a leading medical ethicist. “I am sorry to say that addiction and the abuse of drugs are not really a part of the discussion about making medicine safer,” says Arthur L. Caplan, PhD.

“The medical profession has an ethical duty to do a better job of monitoring drug abuse,” says Dr. Caplan, the Founding Director of the Division of Medical Ethics in NYU Langone Medical Center’s Department of Population Health. “Why is it OK to test airplane pilots, train conductors and truck drivers, and not doctors and nurses, who also have a lot of lives in their hands?” He added, “You have to assume some medical errors are due to drug or alcohol abuse.”

As with many professions, it is likely that only a small percentage of people have a problem with drugs and alcohol, Dr. Caplan notes. But those few make patients unsafe. “If you’ve been convicted of drunk driving four or five times, you shouldn’t be seeing patients,” he argues.

Alcohol, narcotic and sedative addiction is as common among physicians as the general population, according to an article published in the Journal of the American Medical Association in 2013. “The problem is particularly serious among doctors and nurses in anesthesiology—the more you are around drugs, with easy access to pain medications, the bigger the risk,” Dr. Caplan notes.

Doctors’ groups have argued that the medical profession can regulate itself. “There’s some denial that there’s a problem, and fear about false positives,” he says. “There’s some notion that the problem requires therapy, rehabilitation and collegial monitoring, not drug testing. Doctors have put so much time into getting trained, and they don’t want to discuss something that could potentially be a career-ender.”

In November, California voters rejected a measure that would have required doctors in the state to submit to random drug and alcohol tests. The measure, known as Proposition 46, was opposed by doctors, hospitals and medical insurance companies. Currently no state has such a requirement.

Doctors are not the only medical professionals who should be tested, Dr. Caplan says. “There are likely to be more nurses than doctors with addiction problems, because there are more of them, not because they have a higher percentage of addiction. They can make mistakes that can kill patients, too.”

Consequences for drug or alcohol use should vary according to the circumstances, according to Dr. Caplan. “For a first offense for alcohol, a doctor or nurse should go into a mandatory treatment program, and have their license suspended until they stay sober for a certain amount of time. Someone who has had repeated offenses with opiates may need to have their license taken away.” Decisions about drug and alcohol offenses should be made by a hospital’s chief medical officer and/or board of trustees, he said. A medical license board may need to get involved in cases that involve repeat offenses.

He concludes, “With all the problems with prescription and recreational drug abuse, I would expect more leadership from the medical profession about treating addiction.”
Posted by GODS RECOVERY TRANSFORMATION CONNECTION at 7:41 AM