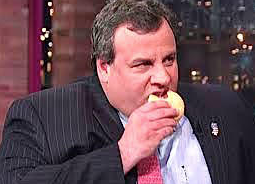 When aspiring presidential candidates step into the mayor's office here, he doesn't let them leave without telling them about what he calls one of the most pressing, dire issues his city faces: heroin. "Every candidate that comes in here, what I say to them is, 'It's not only an issue here in New Hampshire. It's a national issue,' " said Gatsas (R). "If we don't get our arms around it, it's going to take over our country." The nation is in the throes of an epidemic of prescription-drug and heroin abuse - a wave that's leaving its mark on the 2016 presidential campaign, too. Hillary Rodham Clinton has told supporters that drug abuse and mental health will be key issues in her Democratic presidential campaign ... New Jersey Gov. Chris Christie (R) recently participated in a round-table discussion
CONTINUED @ WashingtonPost.com
Posted by GODS RECOVERY TRANSFORMATION CONNECTION at 6:30 AM