Gloucester, Mass. Will Provide Treatment, Not Jail, for Those Surrendering Illegal Drugs
/BY JOIN TOGETHER STAFF
May 6th, 2015/ 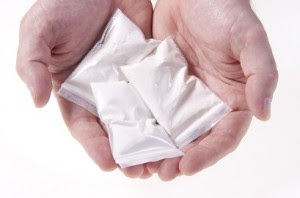 The Police Chief of Gloucester, Massachusetts has announced the town will provide treatment for people who come to the police station with illegal drugs and paraphernalia, instead of arresting them.

Police Chief Leonard Campanello posted on Facebook, “We will walk them through the system toward detox and recovery. We will assign them an ‘angel’ who will be their guide through the process. Not in hours or days, but on the spot.”

Two area hospitals will provide quick treatment to people addicted to heroin or other opioids who come into the station, beginning June 1, The Christian Science Monitor reports. At least one local store will make the opioid overdose antidote naloxone available for little or no money, the article notes. The police department will cover the cost for those without health insurance, with funds seized from drug dealers during investigations.

Chief Campanello is planning on travelling to Washington, D.C. next week to discuss Gloucester’s plan with Senators Elizabeth Warren and Ed Markey and Congressman Seth Moulton, all of Massachusetts. “I will bring what Gloucester is accomplishing and challenge them to change, at the federal level, how we receive aid, support and assistance. I will bring the idea of how far Gloucester is willing to go to fight this disease and will ask them to hold federal agencies, insurance companies and big business accountable for building a support system that can eradicate opiate addiction and provide long term, sustainable support to reduce recidivism,” he wrote.

This year so far, three fatal overdoses have been reported in Gloucester, a town of 30,000. Seattle launched a similar “treatment, not jail” program in 2011. Last month, the state’s attorney for Cook County said many nonviolent felony drug cases in the Chicago area would be steered to treatment instead of prison.
Posted by GODS RECOVERY TRANSFORMATION CONNECTION at 6:08 AM